Guangzhou Zhuoyuan has made great achievements in the 131st Canton Fair

Guangzhou Zhuoyuan has made great achievements in the 131st Canton Fair

The 131st Canton Fair ended successfully on April 24, 2022, . Known as “China’s first exhibition”, the Canton Fair is jointly sponsored by the Ministry of Commerce and the People’s Government of Guangdong Province, and undertaken by the China Foreign Trade Center. It is an international trade event with the longest history, the highest level, the largest scale, the most complete variety of commodities, the largest number of buyers, the widest distribution in countries and regions, and the best transaction effect in China. It showcases China’s image and development achievements. A demonstration base for the implementation of my country’s foreign trade development strategy.

For the first time, the official website of the Canton Fair held the “First Show” event to showcase the latest innovations made in China.VR racing kart from FuninVR was successfully selected for the new product launch event.

The 2021 version of Zhuoyuan VR racing Kart, which was rated as the star product of the “Single Item Champion” of the Specialty, and it will be launched in this online new product launch event together with the annual new products of a number of well-known domestic companies such as Midea and Galanz. It was get more attention from people on the show.

The 2021 version of the VR racing Kart unveiled this time represents the latest R&D achievements in the industry. Combining innovative technologies such as metaverse, simulation, force feedback. It not only meets the innovative achievements of product R&D, but also has a vast market prospect!

Highly recommended by the Organizing Committee of the Canton Fair, Guangzhou Zhuoyuan, as the representative of the State-level Technologically Advanced “Little Giant” Enterprise, has been continuously reported by many official media such as Guangdong TV, Nanfang Daily, Guangzhou TV Station and so on. showing the grand occasion of this Canton Fair and the good products of national brands. 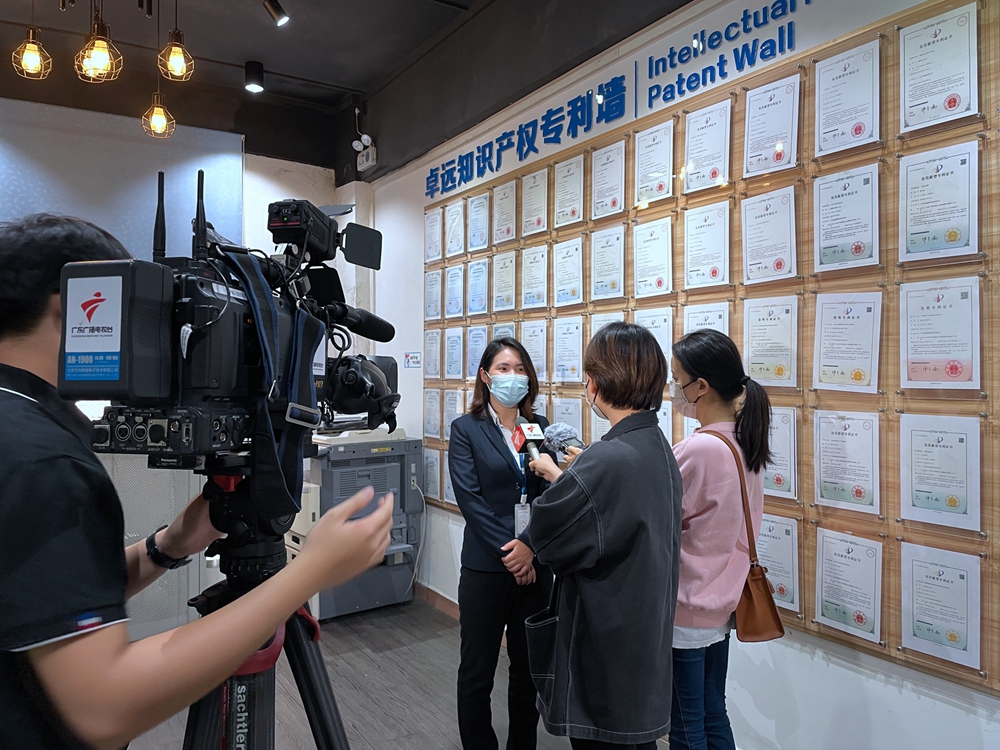 For this Canton Fair, Guangzhou Zhuoyuan has prepared live broadcasts in English, Russian and Spanish, which attracted many overseas audiences and received 3,000 views and 20 inquiries from customers on the first online live show of this Canton Fair. The anchors of Guangzhou Zhuoyuan not only introduced the company’s hottest products in different languages, such as 6 seats VR dark mars, VR mecha, VR racing moto, VR racing kart, VR drop tower, 360 degrees VR simulator etc., but also showed the factory and R&D center to the audience online. Guangzhou Zhuoyuan has received more than 300 inquiries, the number of page views has exceeded 8,000, and the transaction volume has reached 3 million.

With the rise of 5G technology and the advent of the metaverse era, Guangzhou Zhuoyuan is facing all over the world, and will combine 5G, blockchain, database, artificial intelligence and other technologies to promote cooperation with universities and scientific research institutions. At the same time, Zhuoyuan will also carry out research on metaverse experience, serving the three major fields of entertainment, cultural tourism, and research and science popularization, creating high-quality metaverse experience projects well-received by the public, and contributing to China’s occupation of the world’s metaverse industry.